A growing wave of online bullying and sexual harassment is forcing many women and feminist activists to abandon the online public space. 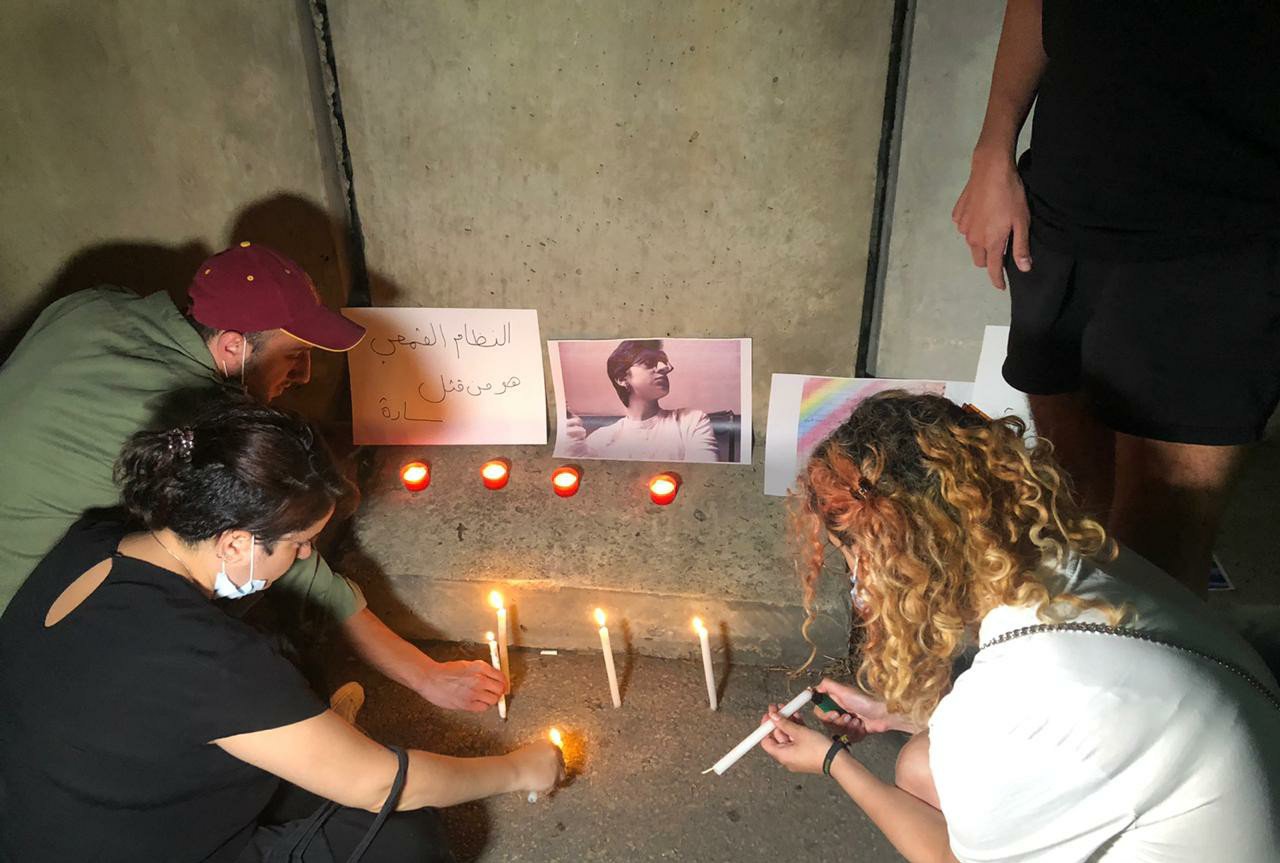 One read through the hateful and aggressive comments under the post about Egyptian queer and communist activist Sarah Hegazi’s death in Canada last month, published by the Arabic feminist campaign Liberated T is enough to fill you with anger and despair. It is but one example where people seem dedicated to attacking every single person and comment that shows sympathy to the deceased Egyptian activist. People comment celebrating her death and wishing more death to the LGBTIQ+ community or anyone who sympathises with her.

After posting the eulogy, Liberated T lost 300 followers in one day, the highest loss since it was established 3 years ago. In addition to that, the page was faced with threats and attacks received privately.

The wave of violence made its way to the mainstream media too. A homophobic piece was published on Al Jazeera blogs using a crime against a Palestinian woman as an excuse to justify one committed by a patriarchal society. The writer goes as far as accusing those “defending” human rights of terrorising people to force them to show sympathy for Sarah.

The wave of online hate speech pushed many women activists to deactivate their social media accounts after extensive online attacks for posting about Sarah.

A woman survivor of detention and torture in Syrian prisons couldn’t believe the response she received to her tweet: an invitation to kill herself too, “so we can have another reason to celebrate today,” an activist living inside Syria replied to her.

Defining himself as an activist, mainly means opposing the Syrian regime, as many revolutionaries in the region turn into oppressors themselves, often copying the very dictators they revolted against, especially when LGBTIQ+ rights are in question.

Attacking women and feminists who dare take a position in the public space is becoming too common, and is used as a weapon to discourage younger generations from taking such public steps.

When activist and journalist Nidal Ayoub’s voice grew prominent in the demonstrations in Beirut against Lebanon’s political establishment, a wave of harassment started. Nidal says: “As I was chanting for LGBTQI+, I was called ‘fagot’, bullies even created a word in Arabic for me which is lutia (sodomite) that is only masculine in Arabic”.

The attacks reached their peak when she chanted, “refugees come in, Bassil get out”, referring to Gebran Bassil the former minister of foreign affairs, known for his racist comments against refugees.

“Surely, because I am a woman the kinds of insults and attacks used against me were despicable. They couldn’t stand that someone is chanting for refugees,” Nidal says, adding, “they posted my personal pictures in public, mocked my look, my body, and I got tons of dick pictures sent to my inbox”.

At the same time, videos were posted accusing her of being a spy, an intelligence agent, of getting money from embassies, and other accusations.

One such video was posted on the verified account of Hussain Mortada, a known pro-Syrian regime Lebanese journalist who claimed in the video that Ayoub was backed by Israeli and U.S. intelligence agencies. Ayoub filed a defamation lawsuit against him, and his response was to file a complaint against her, accusing her of slander, defamation and blasphemy, as well as the charges related to insulting the president and undermining the “prestige of the state.”

While Mortada has not been called in for interrogation, Nidal on the other hand has been arrested and interrogated by the Lebanese Cybercrimes Bureau for posting material related to the ongoing uprising.

It never gets easier

In nearby Iraq, civil activist and blogger Zainab Al Jumaily, dared take part in the Anbar marathon that took place in Ramadi last month. This lead to the most aggressive bullying attack against her. She says, “when pictures of me are being posted while I am distributing food baskets for in-need families or caring for orphans, there were some rude insults, but nothing was like what has happened after the Marathon”.

Hundreds of posts were written about her picture from the marathon. Posts mocking her look, others attacking her brother, or accusing her of “advocating for immorality”, “shamefully shaking your body in public”, “sold her honour for money”, or demanding her to “stay home as good women do”.

In addition to these sexist comments, she also received large numbers of harassing messages privately, “I thought I had gotten used to dealing with such bullying, but this one hit a new low that affected my mother and older sister badly.”

Retreating to the shadows

Her voice is iconic, and marked the tipping point of the Egyptian revolution of 2011. Her words were used in countless promotional videos to mark the fall of Hosni Mubarak.

Nawara Negm’s shaking voice proclaims: “No injustice anymore, no humiliation anymore, no fear anymore, Egypt is free now and will be as we want, I hope all the Arab counties will live this moment”.

Nawara is an Egyptian journalist, blogger, and human rights activist, during the 25 Jan revolution, she was active in Tahrir square and volunteered as a spokesperson of the revolution, reporting to the media.

Today, when you search her name on Arabic Google, the most prominent suggestions are: “Nawara Negm headscarf” or “Nawara Negm scandals email hacking”.

“When I published my picture without the headscarf, there was a huge appalling campaign of bullying against me. It was so irritating, humiliating, dirty, low and despicable. I can’t really describe it,” she says.

Like Zainab, Sarah and Nidal, Nawara has also been a target of such campaigns for long. Sexual gestures, and sexist insults to put her off were all too common, but this last one hurt her the most, as she explains.

Nawara was forced to wear the headscarf when she was 11 years old. Two years ago she finally decided to take it off and to post a new picture of her on Facebook, and that was the starting point of the smear assault.

“I thought I am not in the spotlight anymore, I stepped aside, got married, became a mother, I was busy. And as the revolution failed, I believed I am forgotten enough to finally do what I have always wanted to do without being attacked, but I was mistaken,” She explains.

Hundreds of ruthless comments were posted, with accusations, sexist insults about her look, homophobic comments, racist responses asking her to go back to Africa because she has curly hair, “the essence of all kinds of discriminations and phobias were gathered in a single post, gender, race, religious extremism, all,” Nawara recalls.

Having kids also made the latest attack more difficult. “I convinced myself that I am strong enough to keep ignoring such assaults, and convinced myself that it’s inevitable for a woman to face them, as long as she is putting herself in the political activism sphere in such sexist communities. I acted as if it’s normal before, but it is not, and it has affected me severely,” she says.

Nawara has withdrawn from the public. She is even using a fake name on Facebook with a bio that reads “Not Nawara”. She says, “I don’t want to put my body as a main course on the tables of the sexist extremist cannibals to feast on”.

Many feminists, including myself, share the same experience as Nwara: “why should we keep inviting the cannibals to eat our souls?”

Sexist bullying and harassment seem like an inevitable struggle for women taking a public stand against the dominant ideas in society, or touch on any social taboos. Character assassination is growing into an important tool of repression in the MENA region alongside physical assassination.

With the lack of a powerful lobby to support feminist human rights defenders, more and more of them are leaving the public space at least online. But, the more such women leave these spaces, the more it is left to sexist, aggressive men, which is unavoidably leading to yet more conflicts and wars.

Published in Open Democracy on 9th of July