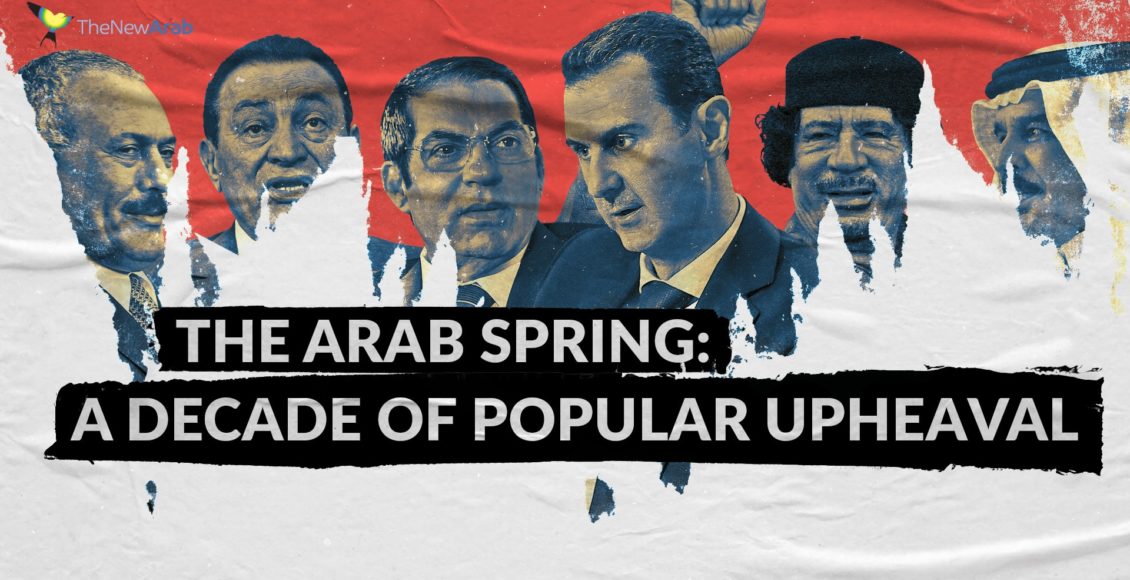 “Assad or no one” is the slogan that’s been used by the Syrian regime and its supporters since the uprising began in 2011. It expresses their binary approach; simple and clear – “you’re either with us, or you don’t exist”.

But the peaceful movement that emerged in 2011 hoped to challenge this approach, and did as much in the Local Coordination Communities [LCC] – a network of local groups that organised and reported on protests as part of the Syrian uprising.

The LCC’s logo had a rainbow in it to emphasise the diversity of Syrians and of its representatives, who were from Sunni, Christian, Druze, Alawite, Kurdish and Arabic origin.

The scene was set. On one hand, a sectarian dictator with one party and one colour giving us a stark choice: you’re either with me, or tortured to death in my prisons. And on the other, a collective of passionate Syrians from mixed backgrounds, calling for human rights, inclusion and democracy.

In the first year, those two obvious sides were hitting the streets under the same flag. While some were cheering for their leader, the others chanted for freedom and in solidarity, as their cities were attacked and martyrs made.

Even when the green (independence) flag started to be raised in demonstrations, it was not attacked, nor was the previous (red) one. Both groups marched down the streets side by side.

But then, as the violence escalated and protesters were being killed, division between the two sides became more pronounced. It was political, ideological and social, and snowballed into different layers of polarisation that kept rolling. Eventually, it hit most of us on all sides, even the neutral Syrians who wanted nothing but a mundane life.

That pro-regime vs pro-revolution dynamic has turned into a question of “for or against” the armed opposition, Islamists, foreign intervention, secularism, Turkey, Saudi Arabia etc. And the slogan became “my group or no one”, as these groups divided along the lines of religious, cultural, political, social views or common experience.

Such an extreme, strict classification has over the years turned into a deadly stigma that has led to higher walls between us, and scuppered the “living together again” dream, once and for all.

Our Baathist, North-Korean style education system has played a clear role in sharpening these cleavages. International experts and media have also played a role in over simplifying our complex conflict into two dimensions – “good vs bad”. Now, if you live in regime-held areas you are automatically considered pro-regime, and those surviving under the rule of Islamic State and HTC have become “incubation communities,” assumed to share their beliefs.

If you speak out about the violations committed by any side, that instantly pits you against them. You risk being accused of “distorting the revolution’s image” which is pretty similar to the “weakening the nation’s psyche” accusation that has been used by the regime to prosecute hundreds of its detractors.

This has all led to the dehumanisation of the majority of Syrians in the eyes of the others, and only criminals, warlords and populists have emerged as the winners.

Ten years have passed, and while Syrians became hungrier – 12.4 million of them are now food insecure – factionalism was fed pretty well, and it took over all our lives, even in our refugee countries.

I was forced to put myself in others’ shoes when I got kidnapped by pro-regime militias in al Foaa, an Idlib suburb in 2012. I was saved by a pro-regime person, while one of my FSA friends unknowingly shot at my car while leaving the town, almost killing me.

In rebel-controlled neighbouring Binnish, I found that poor, tired and helpless people were the same on both sides of the town, as were the extremist fighters who wanted to wipe out the other side. This experience changed me forever, but not many have had the chance to cross that line and see what’s behind it.

As a result, trenches and fences litter the streets we once filled shoulder to shoulder with harmonious and unifying chants. Extreme populists gain more followers and build their legacy by excluding others.

Nowadays every different perspective is faced down aggressively by its committed detractors and cheerleaders, and we have so many different contexts.

But binary classification has taken over our spaces once again, and that’s why you hear many Syrians saying they don’t want to share their opinion publicly because they will face smear campaigns or gaslighting. Those campaigns are even more aggressive and personal when these figures are women.

A decade is a good moment to pause, think and reflect on what has happened and what we want. Not big, empty slogans declaring that “we’ll win” and that “the revolution is continuing”, while safely in our homes in the West where our kids have schools that are not bombed, and we may speak without fear of assassination or torture.

As Raed Al Fares once wrote on a poster in Kafranbel, “Revolution is not against the regime only, but against intellectual tyranny in all its forms.”

Published in The New Arab