A Dependent Hurma wins over Zaina, The Journalist 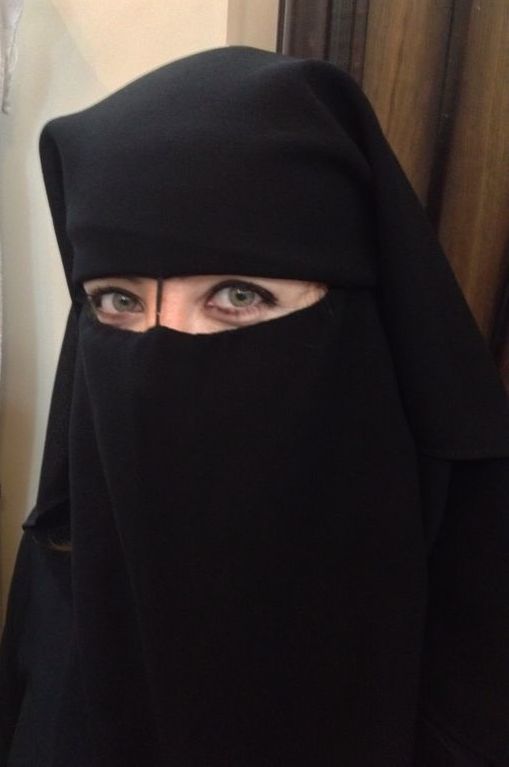 A box of colorful pins occupies the best location on my vanity, next to it, an expensive anti-wrinkle cream along with a tube of eyes’ age defense one.

These are my daily make up kit, here in the opposition held Aleppo, that I chose to live at, until being abducted by a safer crazinesspassion.

The creams are to maintain my beauty in case yet another barrel bomb fails to kill me, and random missiles missed splitting me apart, like the rash eyeliner keeps missing my eyes’ edge, despite 10 years of practicing.

So if I stay in one piece, I am working hard to sustain its skin’s elegance.

Regarding the brightly colorful head pins, they are for my headscarf that I haven’t worn before.

For the last 14 years I have won many battles against my conservative society and force it to accept me as I am without the scarf, and now, when becoming 30, I complied.

As a teenager I had to pay the price of swimming against the current and not putting the veil on, I was boycotted, and went through lots of sticks and carrots such as “Hell, spinster, bad repetition, acceptance, honor,..”. Also not wearing the triangle piece of cloth on my head put me and my mistakes “under the society’s microscope”. Especially as in my small unadventurous Edlib city, gossiping is a life style.

But today, I am a stranger, despite living in my country, I am in a piece of land I have never been at before, it’s now the source of armed chaos, beside being a strong woman who believes in human rights and freedom, that all makes me an obvious target to any foreigner seeking collecting “advantages” to take him to heaven where pretty girls are waiting. I am also a target for Syrian armed man with high patriarch feelings, he sees me as another temptation that should be buried in this cemetery.

Here there are neither courts nor judges, it’s unfair to equal here to jungle, as the later looks like a structured foundation, where everyone has a job description compared to where I live now.

However, the dark headscarf with the long cloths I am hiding behind, don’t protect me from different looks; the reprehensible, guilt, sneaking desirable ones.

My 8 years old neighbor saw me watering my plants on the balcony without wearing the scarf, she freaked out like seeing a barrel bomb falling close, I was confused and ran back in to hear her telling her friend about the “strange thing she has just seen”, she said “OMG, you wouldn’t believe what happened!, I have just saw a woman without a headscarf in front of all the men in the world!”, her friend was trying to find me some excuses so she argued “maybe she is a girl not mature?”, but the girl respond firmly “No she is as old as my mother, maybe even older!”.

Women here have to combat many battles at the same time; against death by living, against the regime with it’s barrel bombs and missiles by chance, against the new dictators by standing against their violations, and above all that, a battle that she is in on her own, against the patriarchal closed society that took the ignorance as religion and pledged alliance to it.

The women who immigrated for freedom from open minded areas of Syria are the main fighters in the last battle, in it, the lurked interferes in the details of theirs; how tall their sweaters are, the color of their coats, who is she moving with? Talking to? How and why? They even have the right to question the fabric type of her pants, (jeans for example indicates that she is a stranger or an activist).

Aisha, my curious 5 years old neighbor, visits me frequently, for her I am the bizarre “lady who doesn’t wear all black and work as men”, once she whisper to me “I’ll tell you my mother’s name, but don’t tell anyone”, then she looked around as a spy exposing his dangerous secret “it’s Rabea”, I ask her, “is it shameful to say it?” She told me what happened to her elder brother when he mentioned it in front of men, her father hit him with water pipe till he bleed.

Indoor scene: in a crowded gynecological clinic, a 15 years old girl covered in black as her mother, “my daughter has been married for 6 weeks now and she hasn’t got pregnant until now? What’s wrong with her?”. The mother asked the nurse with worried voice before requesting a “pregnancy catalyst” before “her husband get angry”.

Another woman in her mid forties came with her pregnant daughter in low; she came close to the nurse and whispered, “ I want to get pregnant too”.

Today, I also discovered that some female activists who got engaged to revolutionaries they met during the revolutions and on front lines, are being forced -after getting married- to turn into housewives or travel to Turkey seeking a “safer” place. Although their relation born in this unsafe land.

I am not bothered anymore from those who call me “Hurma” despite the insulting meanings the world implies, such as “haramforbidding”, weakness, dependency, minor, his pleasure tool, his property, his belongings, her gender role, the eternal circle that she shouldn’t break, fertility and giving birth.

As a trainer, I need to put more efforts to be taken seriously by my men trainees, “Hurma is training us!” and how could the Hurma knows better than the most ignorant man! This is what they have raised up on.

As a woman I have always to look for a man, any man, to give him the lead and assign him to be my guardian for the checkpoints. Since our patriarch traditions held arms, I have created bunch of guardians; 2 brothers, 3 uncles, 2 cousins and 2 husbands.

The armed men talk to my guardian on the checkpoint, he answered on behalf of me, because my sound is “loins”, and as a woman I am expected to be too fragile to speak to a stranger, this is the general role, but I am an exception, along with hundreds of women revolutionaries who resist this all as eyes resist awls.

In the cases where I am alone, armed man asks me “where is your guardian?” I answer “I don’t have one, if you have someone in mind, please introduce it to me!”.

On the Syrian-Turkish boarder, men give me this superiority tender look because I am “Hurma alone”, the poor me doesn’t have a husbandbrotherfather to accompany her, that look curtains down my personality and confident.

Here, I resemble myself in personality and complacency, covered with layers of obedience and submission that is so not I.

I leave my soul hanging with a barrel bomb here in Aleppo to visit the nearby safer neighbor country. I look like myself so much there, with the feminine dresses and the modern style, but a deep hole in me, keep dragging me to that Hurma there, and until now, the Hurma is winning over and over again.

In the dusty street crowded with vegetables and fruits’ peddlers, a man on a motorbike speaking loudly with his friend behind “don’t brother man, it’s women’s chat”, another passing in front of a women shipper feeding them from garbage, says “you really take women’s mind seriously, man!?”

Afraid like a girl, “cry as women a monarchy you couldn’t keep as a men” as Aisha told her son Alghalib Bellah, the last kinds of Andalusia.

Every weakness is attached to me, I am the woman, and in the liberated Syria, there are beautiful women who bandage pain and horror with tidy clean dress, they document, film, heal while singing for life, while an armed man on a very far check point asks me repeatedly “is the road to Aleppo city safe? I heard it’s targeted? How can I go there?”.

To those beauties, I got experienced in the hiding-seeking game with despair, and I chose a life that I don’t belong to, and for them I am keep losing my battles for the Hurma.

This article is published in Arabic in Saidat Souria Magazine on the 1st of Sep. 2014

, and it’s translated to English by me.

Holidays In The Most Dangerous City In The World

Syrians have been oppressed by a dictator & jihadists, bombed by the west, & you call us terrorists?