Something About me. Sincerely Syria: The New Minority 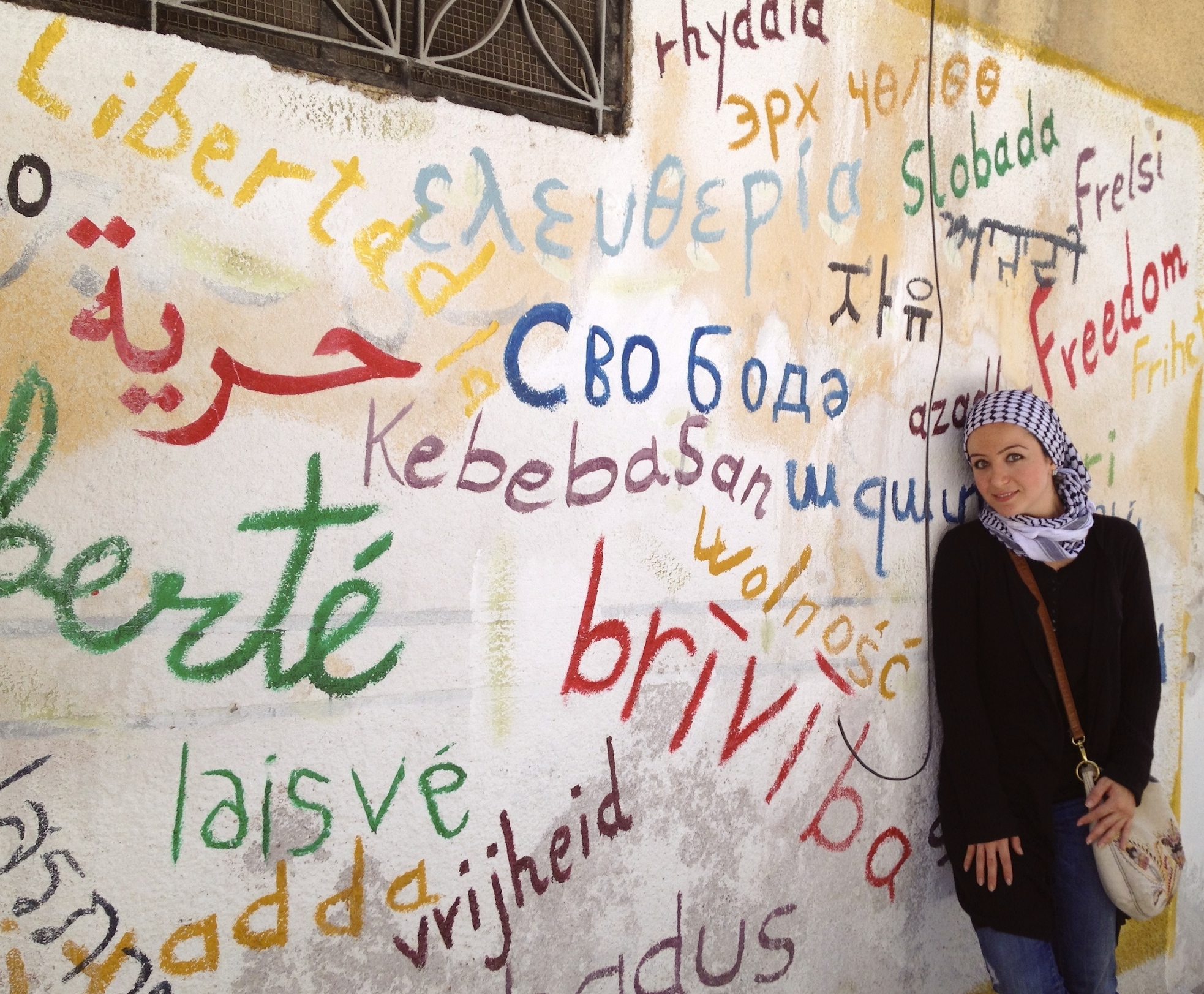 Journalism, like many other things, is no longer welcome in Syria. However that has not been a deterrent for Zaina Erhaim, a Syrian journalist for eight years, who is currently in Aleppo.

A graduate of media studies and translation from Damascus University, 29-year-old Erhaim did her masters in international journalism at City University London. Covering a variety of issues with a focus on women’s rights, Erhaim has worked with Syria News, Orient, Al Hayat, BBC and most recently the Institute for War and Peace Reporting (IWPR).

“My dreams and goals were nothing special, they were just like everybody else’s. I wanted a good career, I wanted to travel, to buy a house someday and move back to Damascus. I wanted to have daughters, to achieve just laws for young women and empower and encourage them to fight for their own rights…that’s all,” Erhaim said.

Originally from the province of Idlib, Erhaim had never been fully aware of any repression by the Assad regime, despite her family having lost many relatives during the crackdown on the Muslim Brotherhood in the 80s.

“As for me, my situation was excellent on all levels, and I was never restricted by the regime or felt anything against it…My family was always afraid, very afraid, and I never knew anything; neither me nor any of my young relatives,” Erhaim said.

Two years prior to the Syrian uprising, Erhaim encountered her first atmosphere of activism in Syria. The group of youth would raise awareness on and protest arbitrary arrests in Syria, and had relations to the Damascus Declaration made by opposition figures in 2005, as well the Students’ Movement.

“I started to see things I did not know of… When one of my activist friends was arrested prior to the revolution in about a year, I then felt what oppression felt like. I can say that is when I started to feel that I opposed the regime. After the revolution, most of these youth were arrested, and a few are imprisoned till now,” Erhaim said.

Erhaim was in London finishing her masters when the revolution started in March 2011, and her last trip to Damascus was in August 2011. Coordinating with well-known human rights lawyer and activist Razan Zeitouneh, Erhaim helped with the establishment of the Local Coordination Committees’ Media Office, and would assist from abroad.

“At that time people inside Syria still needed people outside to relegate their news, talk to the media and deliver their videos. I remained working for the media office for about a year, and then had to quit it when I started to work for the BBC,” Erhaim said.

Erhaim shocked everyone when she handed in her resignation at BBC to look for work that would allow her to go into Syria. She started working for the Institute of War and Peace Reporting (IWPR), where she trains Syrian activists, develops activist and revolution media organizations’ content, and provides support as possible through IWPR. Traveling within the liberated areas in Syria, Erhaim has worked with activists in the suburbs of Latakia, Idlib, Aleppo, Al-Raqqa and Deir Azzour

“There is no general statement I can use to describe the experience; some media activists are now at a professional level and produce higher quality work than colleagues I have studied and worked with…Others are still making mistakes right and left,” Erhaim said.

Erhaim pointed out the role funding has sometimes played in corrupting media work in Syria. On one hand, some funders support media activists – but with strings attached – providing funding only if the activists produce content the funders approve of. On the other hand, Erhaim said there are many hardworking media activists who have been producing high quality media content for the past three years, and yet are receiving no funding, sometimes because they are hard to access, like the youth of Deir Azzour.

“The problem is that there are media activists who have been working steadily with news agencies and media institutions for the past three years and they are trusted sources. Yet, these organizations cannot consider them to be reporters – or staff even – for issues having to do with insurance. And so they remain “activists” and their statements remain “via activists”, meaning it lacks credibility,” Erhaim said.

The number of freelance journalists has significantly dropped as well, according to Erhaim, and a large reason for that is the extremist group rampant in some of liberated areas, Islamic State of Iraq and the Levant (ISIL). ISIL, an Al-Qaeda affiliate that has alleged connections to the Assad regime, has been a threat to foreign journalists and Syrian activists alike.

“There is no activist who has not faced a problem with ISIL,” Erhaim said.

Erhaim herself cannot pass ISIL checkpoints, and frequently uses disguises and fake IDs to get past their checkpoints after hearing she was wanted by them. Unlike ISIL, other rebel groups fear retribution from civilians, and rarely harm activists.

“Today they say something, tomorrow they may something else, and then the day after something different yet again. I think the current situation is by no means a measure for anything except for chaos,” Erhaim said.

Despite the intense militarization, Erhaim stressed that there are still activists and revolutionaries who have not given up nor lost sight of their goals since they first set out for them three years ago, although there numbers within Syria are dwindling.

‎Alongside working on training and developing media skills in Syria, Erhaim is currently managing her own project on documenting the revolutionary activity of women in Syria. She is also working with a few other young Syrian women, encouraging them to record the stories of their own villages, so that there is documentation through women’s eyes.

There are many fears, said Erhaim. Death, the sound of military airplanes, chaos, Assad remaining, Syria splitting into two countries, and losing friends. With elections looming in Damascus next month, and Assad running again, the fear is real.

“I’m afraid I will never be able to see Damascus again. I’m afraid for my friends, so, so much. And I hate fearing for them. The hardest part about working in Syria is that you love people who are constantly at risk of dying. Nothing is like it was before. When you expect to die any moment; this turns the scales of your way of thinking, your relationships head over heels. I’m far less lively, and the things I’d always taken for granted and worked for my whole life; a good career, a stable home and a family – I avoid even talking about them because I may die tomorrow and I don’t want to be upset today about things that it I obviously cannot have,” Erhaim said.

“There is something that keeps bringing me back here…the revolution…the people…this feeling I have of responsibility towards the civilians we got caught up in this uprising. We can’t just leave them here to be shelled, just because we have options outside and the ability to leave, travel and work. I don’t know what it really is honestly. All I know is that Syria for me is something like an addiction; I can’t stay away. I’ve tried and I’ve failed. My current hope is that the regime falls…Then we will have hope that we can even start to have a country, and we can start the real work needed to build it.”

This piece is published in Unitedfreesyria on May 20, 2014